Alopecia is a general term, and, despite incorrect usage of the word by many media outlets, is not a specific diagnosis per-se. There are numerous causes for hair loss and it can occur anywhere on the body where hair grows. Some types of alopecia are temporary and can potentially be treated, while others are permanent.

One of the most significant types is the condition known as alopecia areata or AA. More than 6.8 million people in the U.S (including Jada Pinkett Smith) are estimated to be affected with AA, according to the National Alopecia Areata Foundation. In this post, we’ll take a look at what this condition is, how it is diagnosed, and ultimately how it is treated.

what is alopecia areata?

Alopecia areata is a common autoimmune skin disease (which means your immune system mistakes the normal cells in your body as foreign invaders and attacks these cells), causing hair loss on the scalp, face, and sometimes on other areas of the body. Active growing (anagen) hair follicles are targeted with inflammation at the hair follicle bulb, consequently blocking normal hair growth.

This disorder typically leaves an area of the scalp "smooth as a baby's bottom." Although not life-threatening, AA could potentially affect all ethnic groups and males and females of all ages, bearing significant psychological implications, possibly leading to a high lifetime rate of generalized anxiety disorders or even depression.

There are lots of factors that contribute to developing this complex condition. Scientists aren’t exactly sure what “triggers” the immune system to attack healthy hair follicles when people have alopecia areata, or even if these triggers first happen inside the body (from a virus or bacteria), outside the body (from something in your surroundings) or if it’s a combination of both.

With all forms of alopecia areata, your body’s own immune system attacks your healthy hair follicles, causing them to become much smaller and drastically slow down production to the point that hair growth may stop.

AA shows or “presents” itself in different ways – with hair loss customarily occurring as one of four main patterns: 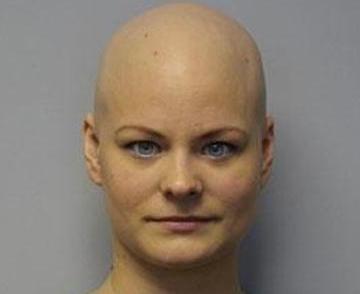 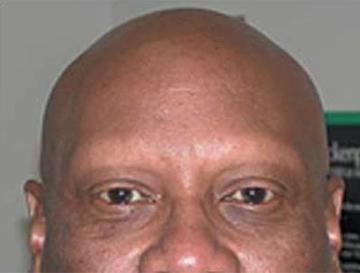 OTHER FORMS OF ALOPECIA AREATA 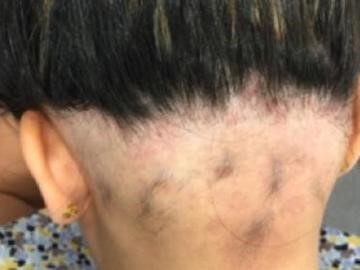 how do i know if i have it?

AA is diagnosed either visually by the self-evident "presentation" of the disease sometimes seen using a trichoscopy (tool magnifying hair shafts at high resolutions) or via biopsy if the hair loss pattern is unclear. A biopsy sample allows for detection of the inflammatory process around the hair follicle bulb, and interestingly enough, the immune attack on hair follicles manages to spare white fibers, so often hair grows in as white hair indicating the disease is still active.

is the hair loss permanent?

Potentially yes, and no.

With all types of alopecia areata, hair loss and regrowth can be very unpredictable and cyclical (happen over and over), for many years. Though for some people, hair may regrow and not fall out again. However, your hair follicles remain alive no matter what type you have. This means that hair regrowth can happen after many years of severe or widespread hair loss.
About 10% of patients with AA don’t regrow their hair.

The likelihood for regrowth decreases if:

But generally speaking, it is feasible for hair to grow back in alopecia areata patients through treatment.

Historically speaking, a “best treatment" for AA has not existed with nearly all treatments aimed to suppress the underlying inflammation process, and unfortunately, the relapse of hair loss was relatively high. But this may be changing! In recent years new research, new studies, and new developments have propelled both encouraging treatment options and the understanding of AA.

Exosomes are extracellular vesicles that are produced by mesenchymal stem cells which are involved in cell communication. Exosomes are released by cells when they fuse together. They contain a variety of material including mRNA, microRNA and a large quantity of growth factors (like the growth factors like Hair Follicle Regeneration) and help influence cell behavior.

Think of Exosomes as kind of like envelopes that cells send back forth to each other. Other cells react to the messaging signals from the exosomes and will change their behavior accordingly. Exosomes also actively target inflammation, and scientists can now isolate and deliver these beneficial signalers directly to treat a multitude of disorders. Alopecia Areata causes inflammation at the hair follicle bulb blocking normal hair growth. Exosomes injected into the scalp target inflammation in the follicle bulb, promoting potent anti-inflammatory responses, and allowing hair to grow. In recent years Exosomes have become a potent treatment for Alopecia Areata.

You might assume any anti-inflammatory medication could treat AA. For example, NSAIDs are known to decrease inflammation, but they do not treat AA. However, the anti-inflammatory mechanism is different in another class of drugs, the family of cholesterol-lowering drugs, or statins. New studies administered utilizing statins to treat AA has shown exceptional promise, establishing that the particular inflammatory mechanism in any medication is paramount to treat AA. In one study, after treatment with statins for 24 weeks there was a 75% improvement in hair growth, and stopping the medication led to a significant proportion of the patients losing their hair.

It has been thought for some time injected steroids had more effectiveness than topical steroids, and based on further research this is now shown to be true. In one large study with 226 patients, 113 patients with AA had steroids injected, and 113 patients with AA used topical steroids. The injected group had a better outcome than the topical group.

Glaucoma medications are frequently utilized to treat AA. Latisse, a product containing the exact same medication (bimatoprost) as glaucoma medication, has shown impressive results promoting AA eyebrow growth. In one case report, a 9-year-old who failed with minoxidil and steroids used one drop of bimatoprost (or Latisse) per patch bid and saw full regrowth at seven months.

One other class of drugs has newly shown promise, indicating it could play a very significant role in AA treatment further establishing a hopeful future: janus kinase inhibitors. Two of these drugs, one treating rheumatoid arthritis, and the other treating bone cancer, both block the janus kinase pathways within cells. In one case report, the patient began regrowing hair by four weeks with significant regrowth by three months. Interestingly enough, new research is also progressing to develop JAK inhibitors in a topical form, because these treatment results have likewise proven positive.

At HT&RC we are here to accurately diagnose your problem and develop the best treatment options for you. If you think you may have alopecia areata or another form of hair loss, contact HT&RC to schedule a consultation.